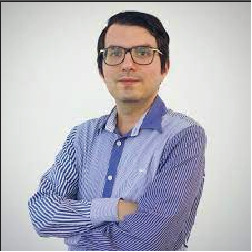 Guillermo Elizondo is a computer science engineer who has always been interested on creating an impact for the society through technology. When he was only 17 years old, he developed his first online education app.

In 2012, while still attending University, he co-founded Territorium Life alongside Gerardo Saenz, a company pioneer on EdTech that revolutionizes the education system to reflect the qualities and skills sought by the current job market. Territorium is an AI powered skills cloud, which, through personalized learning experiences, helps the student to achieve professional success.

Territorium works with schools, universities and corporations to transform them into competency-based learning institutions, currently reaching over 9.5 million paid users worldwide. It has partnered with Microsoft and ETS among others and has also been considered by Silicon Valley as one of the 50 most innovative companies in the world by Kairos Society. Guillermo has represented Mexico as an ambassador to the G20 and recently received the Education Partner Of The Year Award by Microsoft.