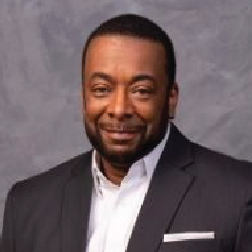 Dr. James Andrade is Senior Vice President and Head of Learning & Innovation, for CapitaLand, one of Asia’s largest real estate companies. He is responsible for leading the initiative in constructing and overseeing the flagship senior executive learning centre specialising in developing the next generation of Singapore and panregional leaders - Catapult. Prior to this role, James held the position of Vice President, Research & Development for Mondelēz International Asia Pacific. During his 30 years as an executive in multinational companies, James has held various management positions, including R&D, Marketing, consumer insights and strategy. Prior to his career in the food industry, Dr. Andrade maintained a research role with the Department of Defense- working for both the Navy and Army laboratories. Dr. Andrade has served in board positions with Ajinomoto-General Foods (AGF), Japan; Dong Suh Foods (DSF), Korea; as the former Chairman of the Board of Governors for the American Chamber of Commerce, Singapore, and Board of Directors Singapore Business Federation. He has also served as an adjunct professor with Griffith University, Queensland, Australia. James was a member of the Team USA, which competed in the 2001 Wushu Tai Chi competition in Sanya, Hainan. James holds a B.A. from Roger Williams University, M.S. in Psychopharmacology and Ph.D. in Neuroscience from Howard University.